“If there’s a bright center to the universe, you’re on the planet that it’s farthest from.”
–Luke Skywalker, Star Wars: A New Hope

The Galactic Civil War touches every planet eventually, even those on the galaxy’s Outer Rim. Now, the war has come to the desert planet of Tatooine. Long dominated by the galaxy’s Scum and Villainy, a growing Imperial presence on Tatooine has prompted the Rebellion to send Han Solo with R2-D2 and C-3PO to investigate. But communications with Han Solo have been cut off, and your elite team of Rebel operatives is dispatched to uncover the truth.

Twin Shadows is a new expansion for Imperial Assault, offering plenty of new content for both the campaign and skirmish games. Danger lurks around every corner in this expansion: Twin Shadows boasts six new missions that can be played as side missions for a larger campaign. These missions can also be strung together as a fully formed mini-campaign chronicling your efforts to rescue Han Solo and survive the danger that waits on Tatooine. In addition, this expansion offers two new skirmish missions, offering new opportunities for you to battle a friend in thrilling tactical battles.

As the shadows grow on Tatooine, two new heroes from the Rebel Alliance prepare for battle against new threats like Heavy Stormtroopers and Tusken Raiders. With new Command cards, Agenda cards, Condition cards, Class cards, and Supply cards, your games of Imperial Assault change forever with Twin Shadows. In addition, twelve new double-sided map tiles draw you deeper into the Star Wars™ universe. You may find yourself on the bridge of an Imperial Star Destroyer or engaged in a firefight in a Mos Eisley cantina.

What’s more, three new Ally Packs and Villain Packs offer detailed plastic figures to replace tokens included in Twin Shadows. With these expansions, you can provide figures for the iconic heroes and villains introduced in this expansion: the loyal Droids R2-D2 and C-3PO, the infamous bounty hunter Boba Fett, or the Stormtrooper commander, Kayn Somos. These figure packs contain even more new missions and cards for your Imperial Assaultgames, and you can learn more about these expansion in their announcement article. We’ll also explore R2-D2, C-3PO, Boba Fett, and Kayn Somos later in a series of in-depth previews!

New Recruits for the Rebel Alliance

An elite team of Rebel operatives is dispatched to Tatooine in order to uncover the reasons behind Han Solo’s lack of communication. Two new heroes of the Rebel Alliance join this elite team, offering their unique skills and services. The first new hero is Biv Bodhrik, a hard-bitten fighter and a capable guerrilla warrior. In your Imperial Assaultmissions, Biv’s competence with any weapon makes him deadly to enemy warriors, whether he attacks from long range or engages in close combat. You may find yourself desperately trying to escape to the Millennium Falcon, and with Biv as a soldier in your strike team, his powerful attacks and deadly precision can mow down any hostile figure that stands in your way. 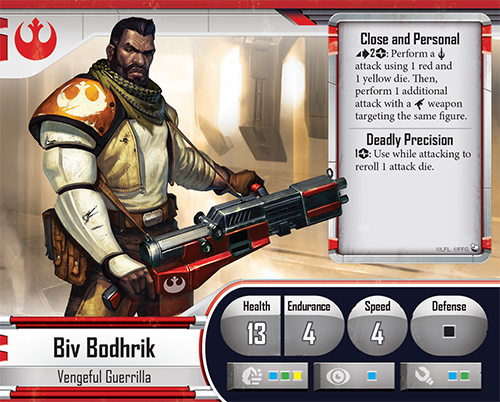 Biv is joined in Twin Shadows by Saska Teft, a brilliant engineer whose battlefield inventions can easily save the lives of those she works alongside. During a campaign, Saska can construct  unique devices to help herself or her fellow heroes. You may use these devices to increase the power of your attacks, to give your attribute tests a better chance of success, or to accomplish any number of other tasks. What’s more, Saska Teft was born on Tatooine, and her knowledge of her homeward may give you an edge as you struggle to defeat the Imperial occupation. However you use Saska and her inventions, she’s happy to continue modifying gear and crafting new devices to aid the Rebellion.

Of course, it’s not just new heroes that arrive to aid the Rebellion in this expansion. Tatooine has plenty of unique items to offer your heroes, and by taking advantage of them, you may be able to gain an edge over the Imperial player and survive longer in the planet’s seedy underworld. Many of these new items, such as the Gaffi Stick , take advantage of the new Weakened  condition introduced in Twin Shadows. While a character is Weakened, he subtracts a surge and an evade from his attack and defense results until the end of his turn. By inflicting the Weakened condition on your opponent’s figures, you can keep them from achieving their full potential, and eliminate them much more easily. 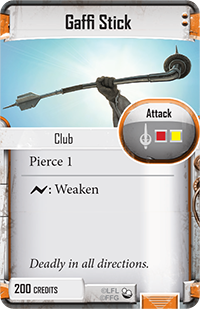 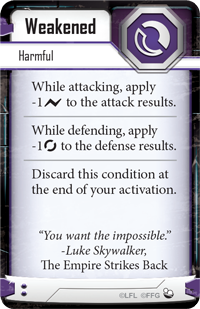 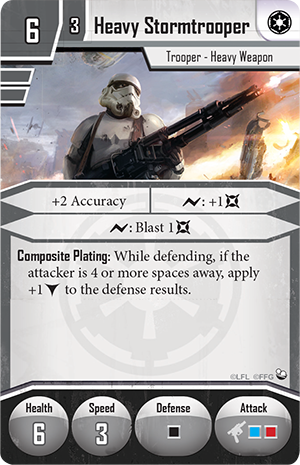 The Galactic Empire is not the only faction that gains a new figure group inTwin Shadows. Many of the galaxy’s Scum and Villainy make their home on Tatooine, and they are joined by one of the planet’s most fearsome species: the Tusken Raiders. Although the Tusken Raiders are loath to leave their desert homes, within this environment they know every trick for gaining the upper hand on their opponents. During a mission, Tusken Raiders usually begin their  raid with a volley from their Tusken Cycler rifles before closing to melee combat. When you convince the Tusken Raiders to battle alongside your forces, your enemy will soon learn to fear their unbridled ferocity.

In the Galactic Civil War, the Empire must rely upon more than just its armies to achieve victory. Exceptional leadership is key if the Rebel Alliance is ever to be crushed. This expansion introduces the Inspiring Leadershipclass, which allows your figures to benefit from your superior battlefield tactics. For instance, you may use Strategic Planning  to ready an exhausted Deployment card and grant additional movement to figures across the battlefield, allowing you to take up a superior position. Alternatively, you may use Press On  to heal damage from a regular Imperial group, keeping the heroes from destroying them as easily as they might hope. With this new class at your disposal, you’ll have the tactical tools to outmaneuver the Rebels in any campaign.

On the Burning Sands

The presence of Imperial forces of Tatooine bodes ill for the Rebellion. The outcome of this struggle may well have consequences that reach far beyond the heat and dust of Tatooine. With Twin Shadows, your options for exploring the Star Wars™ galaxy are nearly limitless. You can fight alongside Han Solo with the heroes of the Rebel Alliance, skulk in the shadows with Boba Fett and the Tusken Raiders, or lead the troopers of the Galactic Empire into battle. Whether you engage in a cinematic narrative with the campaign game, or skirmish against a friend.