While the masterâs away, the familiar will play! Zotâs turning in early for the night, but Pookyâs not done with the party. With a stash of gold and a big chip on his wee shoulder, this strange little rabbit-thing is looking to prove heâs more than just Zotâs whipping bunny.

The Good: In the dungeon, Pookyâs psychotic behavior has gotten the party out of some pretty nasty jams.

The Bad: That rabbit is even more insane without Zotâs influence. Seriously.

The Red Dragon Inn: Allies â PookyÂ lets the little white rabbit wreak havoc all on his own! This forty-card deck isnât an expansion for Zot the Wizard fromÂ The Red Dragon Inn, but rather allows Pooky to be a fifth character at the table and party with The Party. Bringing all his nature and vices to the table, get ready to see Pooky start partying a bit too hard for the rest of the table.

The Red Dragon Inn: AlliesÂ is a new series of expansions for any standaloneÂ The Red Dragon InnÂ game. EachÂ AlliesÂ set includes a single Character Deck, plus components to add a brand new character to your game.

In Red Dragon Inn, you play the part of a party of heroic, fantasy adventurers. You’ve raided the dungeon, killed the monsters, and taken their treasure. Now you’re back, and what better way to celebrate your most recent victory than to spend an evening at the Red Dragon Inn. You and your adventuring companions will spend the night drinking, gambling, and roughhousing. The last person who is both sober enough to remain conscious and shrewd enough to hold onto his Gold wins.

To begin the game a player will start off by choosing a character deck.Â  These are fairly balanced with a mix of similar cards but each have their own flavour text and some unique cards.Â  Also some characters will have more of one type of a kind of card than another for instance âFleckâ the bard has more gambling orientated cards.

Each player takes a turn by

The Drink Deck sits in the middle of the table, waiting for somebody to deal a drink to another player (Buy Drinks Phase). It consists of:

Winning:Â  Game ends when one players Fortitude is reduced or drunkenness is high enough so they meet and Character âpasses outâ or they run out of money and are therefore âkicked out of the Innâ.

Review all the game and expansions or add your comments here:
Â

Their mission at SlugFest Games is to provide good clean fun that is dripping with theme. They strive to make games that are easy to learn and quick to play, with a depth of strategy that is learned through playing. If you love humor paired with solid mechanics, then check out their games.

Want to know how to play the game? Â

Check out this great review courtesy of TeamHypercube: 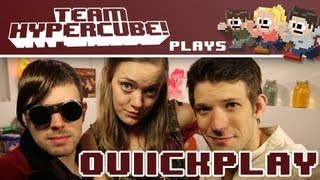 or this review courtesy of Starlit Citadel: